For 100 years they lay, undiscovered, in a French attic.

The watermelon seller, the sail mender, the mother and child in brilliant bright red wash: Europe, through the eyes of Frances Hodgkins, our most famous expatriate painter.

“New Zealand”, she wrote, “is the dearest country in the world; but the artistic temperament craves for Paris. It’s caviar to home-made scones.”

And now the mysterious collection of work from her earliest trip to Europe has made its way home.

Auckland Art Gallery has bought 20 prevesiouly unknown Hodgkins watercolours from a small French gallery. It won’t divulge the purchase price, but based on recent sales, the collection is worth between $400,00 and $1,2 million.

The works had been in storage since their acquisition at the beginning of the 20th century by a family who do not went their identity or location revealed –  despite repeated requests from New Zealand’s art fraternity.

Two more works – believed to have come from the same estate – were bought in the UK by Auckland’s Jonathan Grant Galleries and have since been sold to private, local collectors.

One of the works he sold, Boys Fishing, has the inscription “Mis Thorpe” on the back. Gooderham believes it is a reference to one of Hodgkin’s pupils and travelling companions. “Yes, it’s a clue”, he says. “But I’m not going to tell you any more at the moment.”

Researching paintings, he says, is a sort of obsession. “It never stops. Once you have the image embedded in your brain, you never forget it. Ten or 15 years later, you see smoothing that reminds you and the research turns over another leaf, another chapter. I love it.” 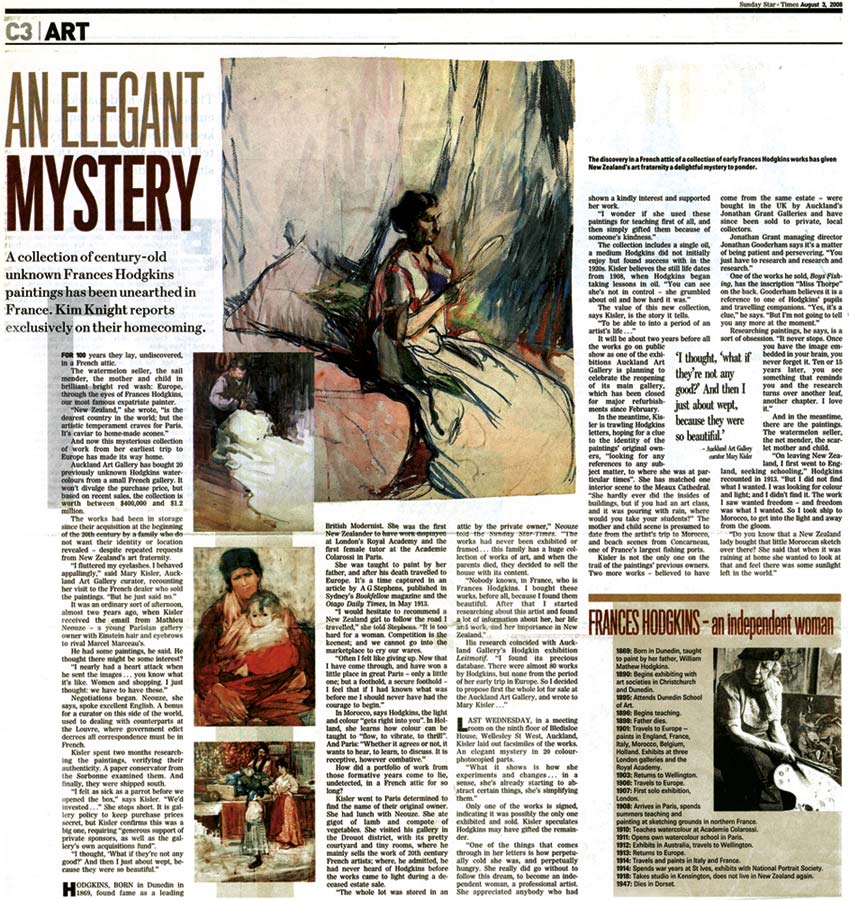