An auction of Important & Rare Contemporary & Historical New Zealand Art held at the International Art Centre on Wednesday 6 April saw a late career C F Goldie portrait of the Maori chieftain Wharekauri Tahuna sell for $1,377,687 – a world record price for a work by the artist.

Completed in 1941, a few years before the artist’s death in 1947, the portrait epitomises all the formal qualities characteristic of the later period of Goldie’s artistic production – notably, a more dynamic use of oil paint that instilled his works with a deeper sense of gravitas and atmosphere.

Te Aho lived to be nearly 100 years old. He was a fearless warrior in his youth and achieved a substantial reputation as a canoe architect in his mid/later years. Te Aho was also considered an important authority on Maori mythology and history.

Both Te Aho and Wharekauri are noted as being among Goldie’s favourite sitters. 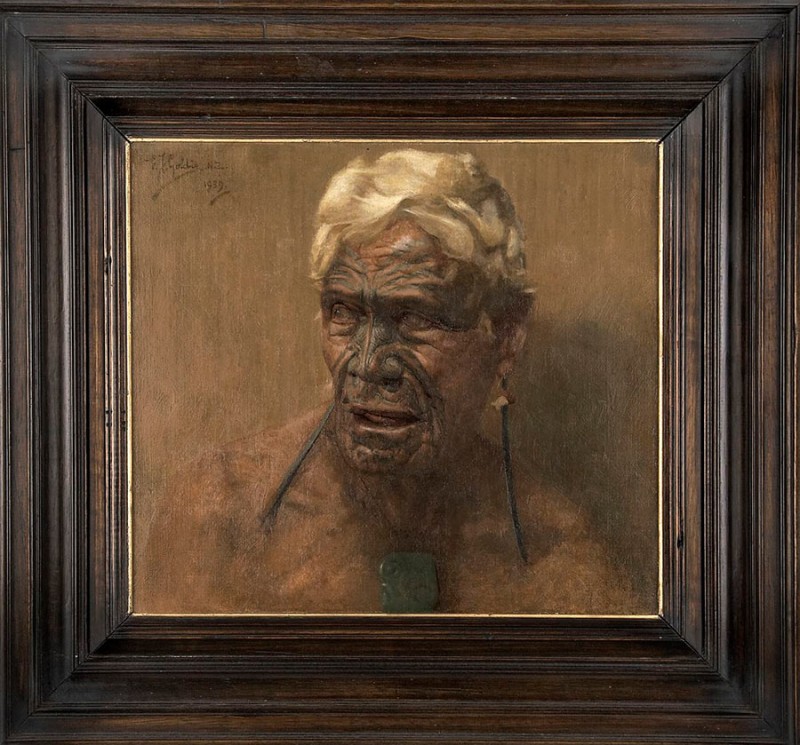