Chenonceau Castle is an exceptional site not only because of its original design, the richness of its collections, its furniture and decorations, and history of female ownership – it is also known as “Château des Dames” (Château of the Ladies) – but also because of its role in the First and Second World Wars.

During the First World War the owner turned over the Château for use as a hospital for the injured. During the second World War, one end of the castles gallery was in the Occupied Zone and the other in French Free Territory. This corridor served as a means of escape for many from the Nazi occupied zone on one side of the River Cher to the “free” zone on the opposite bank. It was later occupied by the Germans and eventually bombed by the Allies on 7 June 1944. 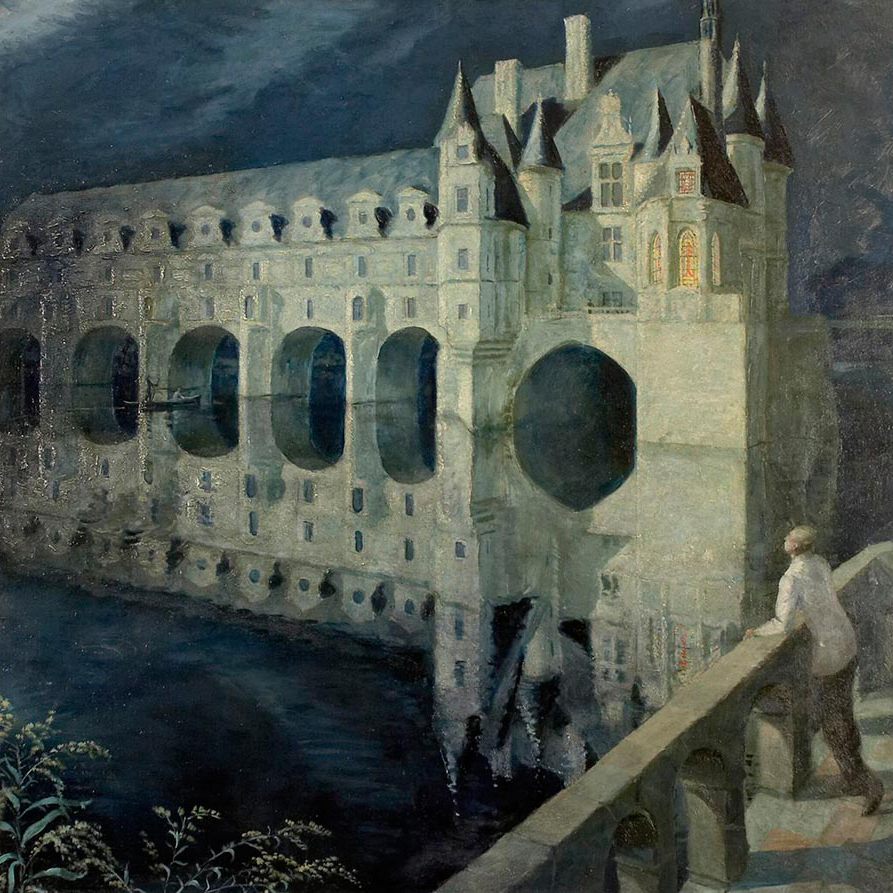 Christopher Perkins
The Chateau Chenonceau on the River Cher, Loire Valley
Oil on Board, 74 x 75cm