Has Grahame Sydney fallen out of favour with New Zealand’s art establishment?

His paintings are highly sought after by collectors at home and abroad, but Grahame Sydney hasn’t been included in shows of contemporary New Zealand painters for years.

His style is unmistakable: stark landscapes beneath big blue skies, almost always featuring the rugged sensuality of Central Otago’s mountains, hills and valleys. Grahame Sydney, one of New Zealand’s most successful contemporary painters, has made the region his own and has been in the fortunate and unusual position of being able to make a living as an artist virtually all his working life.

Born in Dunedin, Sydney lives and works in the remote Cambrian Valley. He’s not quite a man alone. In an essay he wrote in 2013, introducing a retrospective book of his work, he describes Fiona, now his wife, as his “dream partner”. Their dog, Milo, recently went blind. The Sydneys dote on the milky-eyed Milo – large, stiff feathers protrude at a horizontal angle from low-lying hazards, such as table legs, so Milo can safely navigate his way around their book- and art-filled house.

Now 69, Sydney has travelled the globe but loves “living in the middle of nowhere pretending the rest of the world doesn’t exist”.

Is it Central Otago or nowhere, as far as you’re concerned?

I couldn’t possibly live elsewhere. Today is grey — a dull day — but normally it is beautiful. We live with the Hawkduns on one horizon — that’s the signature range for me — and I built here so I could see them every day. Mt St Bathans is to the north, with its head in the clouds at the moment. It is like living in a theatre.

You’ve painted full-time ever since what you call a “lucky break” – what happened?

Within a fortnight of my returning to New Zealand from England in 1974, Peter Webb turned up at my door in Dunedin and offered to buy everything I finished without any conditions. He was true to his word and bought everything and promoted them to sell them. That first exhibition, in Auckland in March 1975, was a sellout: it got front-page coverage. It is the sort of lucky break you can’t buy.

There have been several books about your work. What role have they played in your success?

Books are fabulously influential. They are the best thing that can happen to you, really. I was approached by Longacre Press to do Timeless Land, which came out in 1995. I never ever imagined that would happen. Timeless Land gave a lot of impetus to New Zealand art publishing, because it was very successful. Until then, a lot of publishers had stayed well clear of art. There had been big books like Gil Docking’s Two Hundred Years of New Zealand Painting and Hamish Keith and Gordon Brown did the anthologies, but in the 80s and 90s there had been very few books about the contemporary New Zealand art world. When I grew up it was Peter McIntyre, Doug Badcock and Colin Wheeler – populist middle-class books about them were on every coffee table. But once scenery painters like them fell out of the limelight, publishers didn’t do anything until Longacre did Timeless Land for us – me, Owen Marshall, and Brian Turner. The reason for its success was more about people’s affection for Central Otago than us. The book was a hymn of praise to Central and conceived as such. 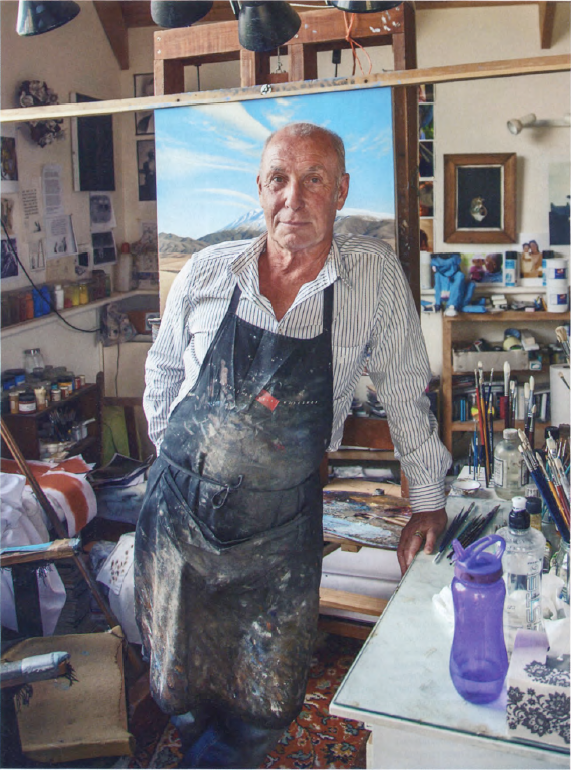