John Yardley is regarded as one of Britain’s finest 20th century watercolourists. He frequently chooses his subject matter for the interesting effects of light and atmosphere and his travels through England and Europe produce a wide range of watercolours that show a rare ability to convey all the atmosphere of a scene with just a few well placed brush-strokes.

John Yardley was born in Yorkshire in 1933 and began painting in the 1950s. He is a member of the Royal Institute of Painters in Watercolours where he has exhibited for over thirty years winning several awards. He is the subject of three books The Art of John Yardley, John Yardley – A Personal View and John Yardley – As I see it. 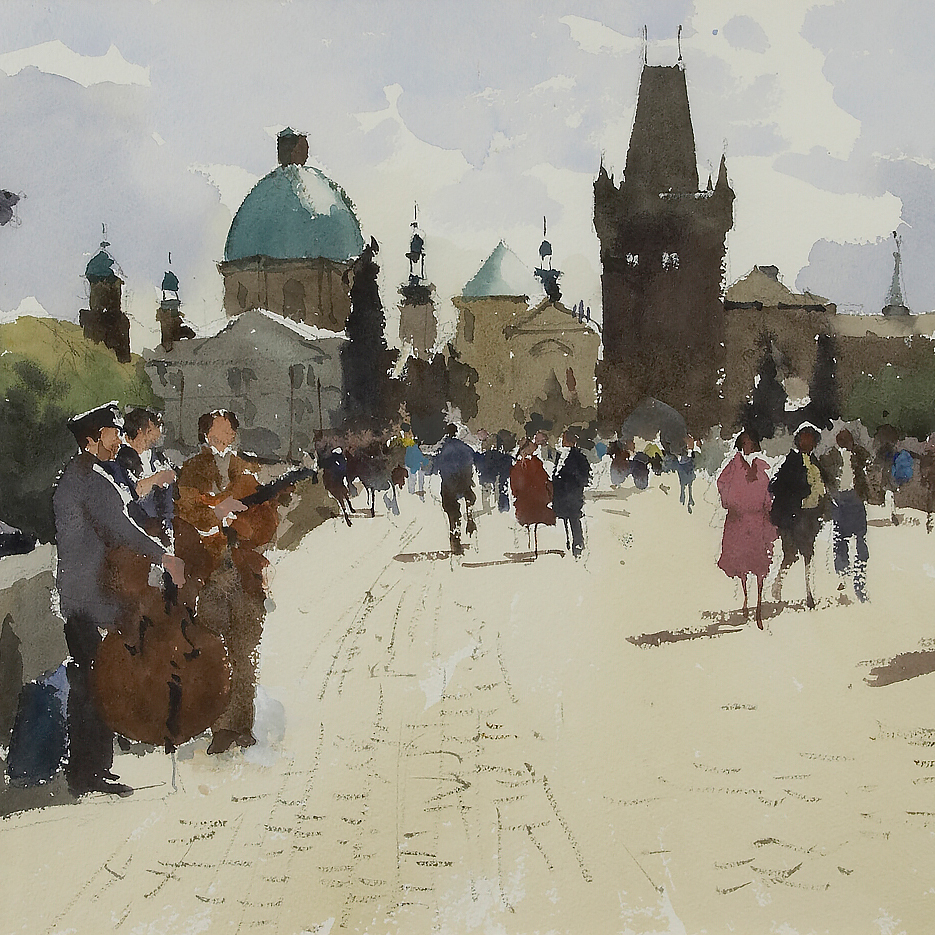