Margaret Lovell is an award-winning sculptor and a Fellow of the Royal British Society of Sculptors. She is also a Member of the Royal West of England Academy, and in 2012 was awarded an Honorary Degree of Doctor of Letters by the University of Leicester. Lovell trained at the Slade School of Art in London and the Academy of Fine Art in Florence.

Since the late 1950’s Lovell’s sculpture has been exhibited extensively in the UK. She has enjoyed many solo shows, the first being in 1965 at the Marjorie Parr Gallery, London, and more recently at the Royal West of England Academy, Bristol, and a retrospective “50 Years On” at Porthminster Gallery, St Ives. Her work was featured in the national touring exhibition, Unpopular Culture, curated by the artist and ceramicist, Grayson Perry. The works for the show were selected from the Arts Council’s collection and Lovell’s sculpture featured in the exhibition’s catalogue.

Lovell’s works engage powerfully with the space and environment it inhabits. Her frequent use of ‘tall, swaying, wafer-thin surfaces takes the flat plane out of a rigid geometric straightjacket and suggests “organic” links to botanical phenomena’.

‘My sculptures are inspired by organic, natural forms – such as plants, and the elements of sea and wind. A recurring theme and feature of my work are undulating planes with polished edges that suggest or define a movement through space; or often the sculptures consist of two individual forms in relationship to each other, striving to create a unified harmony.’ 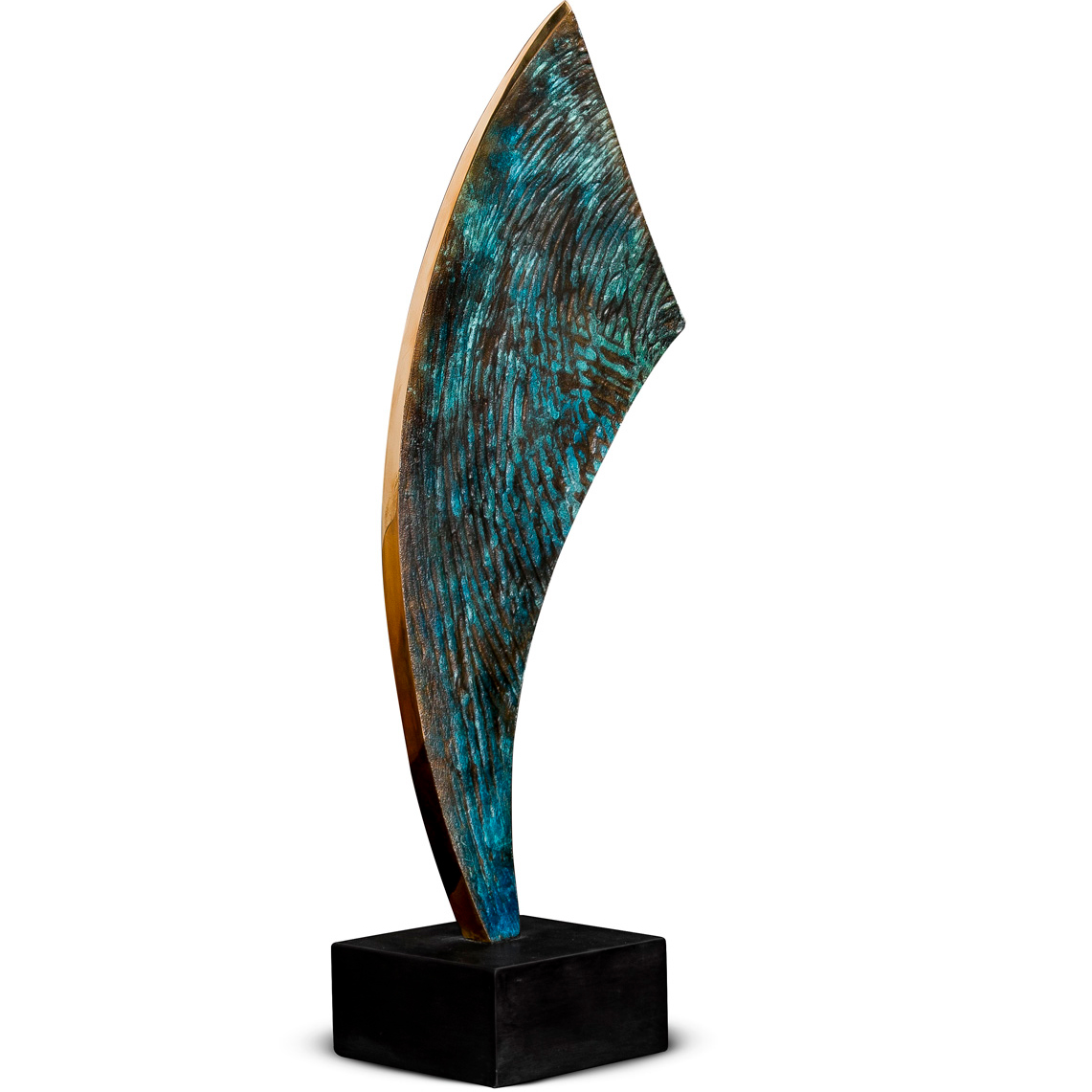