It didn’t take a historian to know the golden brown hills in the painting were those of Gallipoli, but it did take a gallery director turned art detective to work out who painted it.

Thanks to Jonathan Gooderham, of Jonathan Grant Galleries in Parnell, Alfred Avery Forrester has been formally and finally acknowledged as the hand behind an exquisite, century-old First World War oil landscape.

The painting depicts Gallipoli’s Anzac Cove some time after our troops landed there in April 1915, with a wharf and supply boats set against a backdrop of scrub-covered, trail-lined hills.

Mr Gooderham made a substantial investment to secure it at auction, yet it came with little information as to its history and previous owners.

But the real enigma was the artist, with the letters AA Forrester, and the date 1918, providing the only clues.

The most likely possibility that the artist was one Alfred Avery Forrester, of Oamaru. An Australian auction house which previously listed the work said Forrester was recruited as a reserve, and it was not known which regiment he served with at Gallipoli.

It was, however, known he was back in New Zealand in 1916, and in later life was an artist, with Oamaru naming its public art gallery after him. Ever keen for a challenge, Mr Gooderham began investigating to confirm this man was actually the artist. Having found no entries in the Dictionary of New Zealand Artists, he contacted the Forrester Gallery, and then its former director, Warwick Smith.

After Mr Smith spent some time looking up records in the gallery’s research library, Mr Gooderham was not only able to confirm Forrester as the artist, but also put together a brief biography.Forrester, born in North Otago in 1895, trained as an artist in Dunedin and Christchurch before helping found the North Otago Art Society in 1920. Later, he lived in Oamaru, working as a painter and sign writer, and set up a studio where he taught his students landscape, flower and fruit painting. He died in 1981.

To discover more about the Gallipoli painting’s heritage, Mr Gooderham also took it to the Auckland City Art Gallery, where it was  examined under infra-red light. It is now back on display at his gallery, in an exhibition of 22 military artworks that finishes this week. Asked how the case compared with previous mysteries he’d solved, Mr Gooderham said: “It’s pretty near the top.” “We still don’t know exactly what his involvement with Gallipoli was – but at least we know now who painted the painting.” 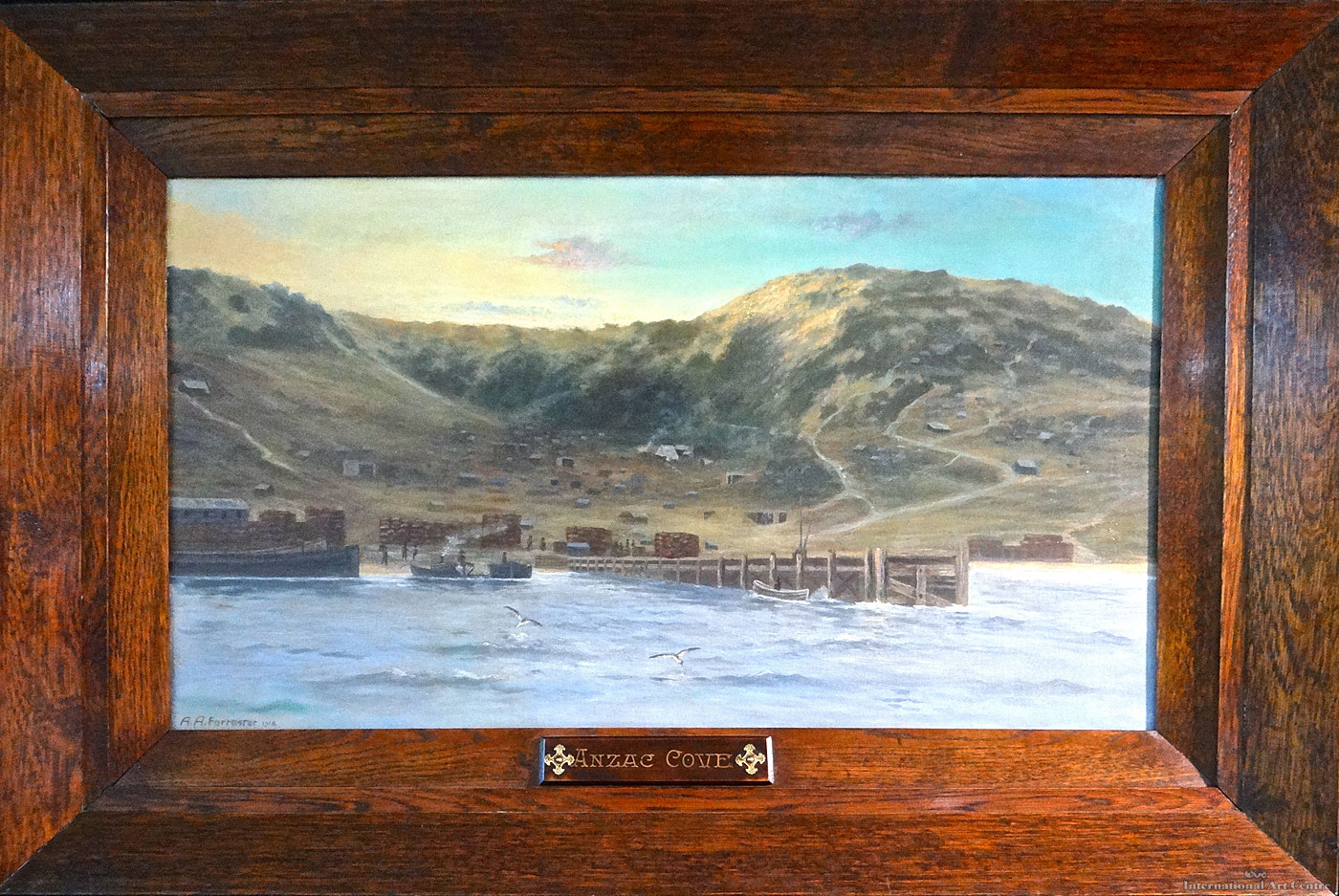