‘Frances Hodgkins and Her Circle’ - Exhibition at Jonathan Grant Gallery

A monumental exhibition that took three years to complete was on display at Jonathan Grant Gallery, from the 12th of November to the 6th of December 2020. Hodgkins’ individuality inspired those around her, forming lifelong friendships that proved essential to the development of her career. The exhibition revolved around those artists who inspired Hodgkins, the artists she taught, as well as friends and family who supported her throughout her career.

With a career that spans 56 years, Hodgkins was one of the foremost artists of her generation. During her time overseas she not only garnered knowledge of traditional artistic styles but forged her own, thus becoming one of New Zealand’s leading expatriate artists.

This exhibition compiles 20 pieces of work dating from 1888 to 1987. They highlight not only the immense career of Frances Hodgkins but also of the prominent artists who gained influence from her. Owen Merton, Dorothy Kate Richmond, Beatrice Seddon and Amy Krauss are several of the artists included in the exhibition. Almost every piece of work exhibited was sold, except for Owen Merton whose work can be found here.

In his review Richard Wolfe wrote:

‘In 2020, 132 years after its public debut, Marguerites was included in an Auckland exhibition celebrating the community of artists centred on Frances Hodgkins. In addition to four works by Hodgkins herself, this selection included 15 by other practitioners, mainly women, who were born in New Zealand and who had a preference for watercolours. All were associated with and supported Hodgkins in various degrees and capacities, collectively representing an extensive network of personal and professional relationships.’ 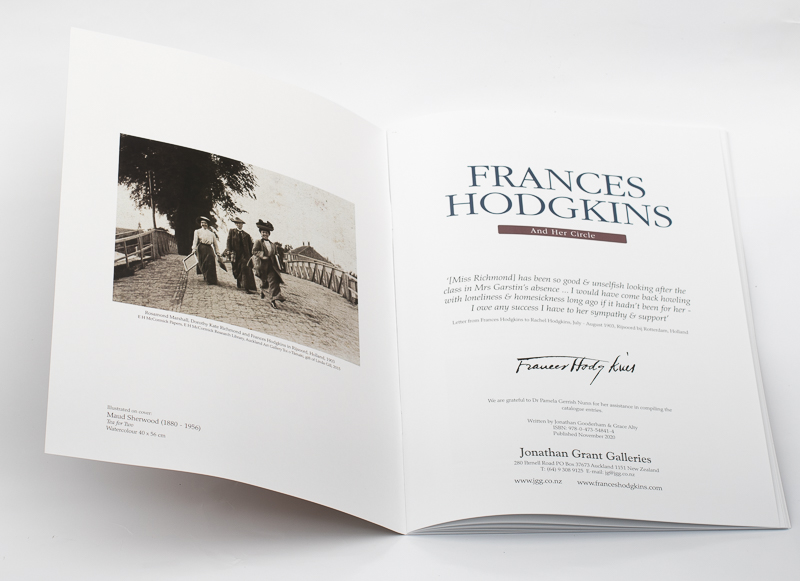