They would have known him even without the caption – the prominent jaw and that defiant side hair-parting could only belong to a Parsons.

“I’m one of seven children, so the phone lines were running hot on Sunday,” said Stephen Parsons – son of Captain David Isaac Parsons, one of the soldiers featured in last week’s story about the recently discovered Peter McIntyre war portraits.

The sketches came to light, more than 60 years after they were made, in a chest of drawers in a cottage in Cornwall when the daughter of Kiwi cartoonist neville Colvin began sorting her father’s papers.

The Parson children have a large collection of footage and photographs of their Timaru-raised father’s World War II service – including this 1941 picture of him in action in the Western Desert for the 2nd NZEF rugby team – but this was the first they knew of the existence of a portrait by McIntyre, the war artist who went on the enormous popularity as a landscape painter.

“There was a sense of excitement and pride, all at the same time,” said Stephen Parsons of Palmerston North. “We immediately stated diving into the records.”

The 20 new McIntyres unearthed in Cornwall included a dozen portraits. Four had been labelled and research by Jonathan Grant Gallery staff (where the works will be exhibited and sold from Thursday) had determined the identity of a further four.

Gallerist Jonathan Gooderham said he had been inundated with phone calls and emails since the Sunday Star Times published his search for the remaining unknown soldiers. 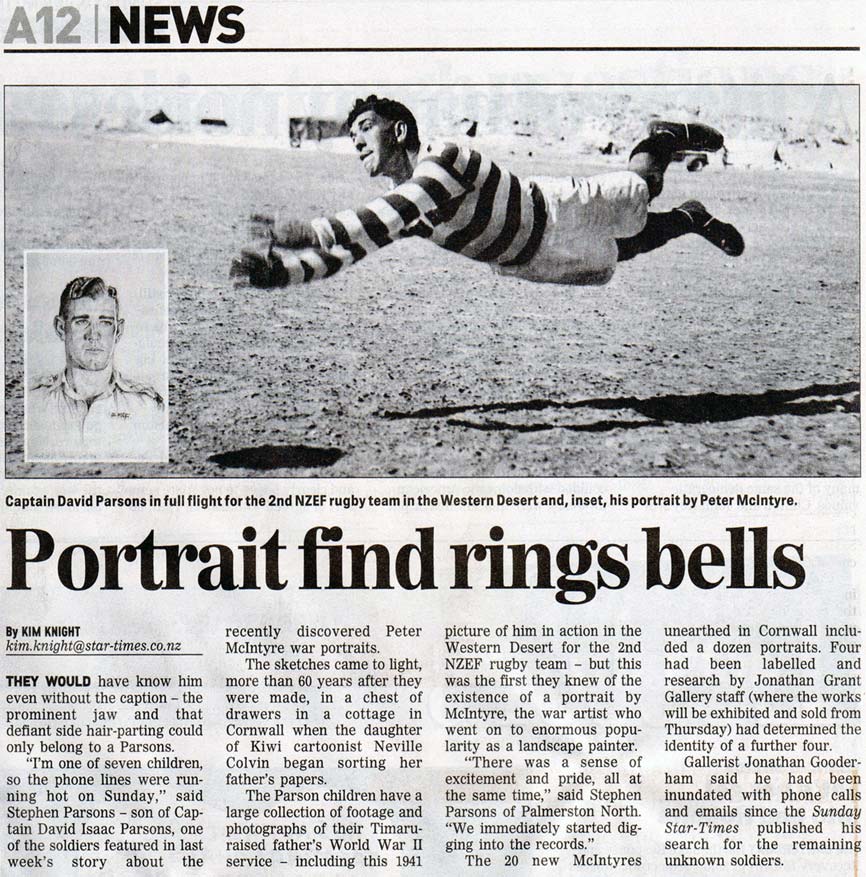