Two large scale paintings by New Zealand born artist Peter Waddell are currently on display in The George Washington University Museum as part of the exhibtion “Eye of the Bird: Visions and Views of D.C.’s Past”.

Commissioned for the exhibition, Waddell has painted two birds eye views of Washington DC. One painting draws on historic documents and drawings to  create a birds eye view of the city as it was in 1825. Waddell’s second painting hangs along side this and offers an alternative vision of Washington D.C; that of 18th century Engineer Pierre L’Enfant, who’s bold plan for an American centre of government defined the layout Washington D.C but was never full realised.

The intricately detailed paintings took Peter Waddell two years to complete. Painted in his studio at the Tudor Palace in the historic Georgetown Mansion, where Waddell is the artist in residence. The paintings were recently spotlighted by the Washington Post.

“Eye of the Bird: Visions and Views of D.C.’s Past” is on until Dec 23 at the George Washington University Museum. 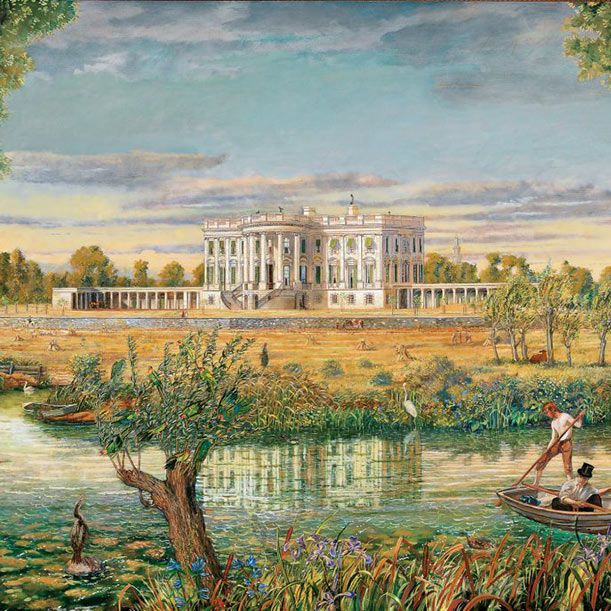