Auckland’s striking transformation over more than 160 years unfolds in an eye-opening exhibition.

It is difficult to imagine Parnell as an area of rolling hills and fields, with only one wooden building and four volcanic cones in the background. But this is what it was like in 1854.

The suburbs had not yet been established, and Parnell Rd was a dirt track. A painting by Reverend John Kinder, who died in 1903, records how Auckland looked before urban sprawl began.

“Paintings like these are nearly impossible to find, and they tell so much about what Auckland used to be like,” says Jonathan Gooderham, who has been collecting paintings of Auckland views for a dozen years,

“Iv’e always had a interest in paintings that show Auckland, and I’ve spent the last decade collecting enough to hold an exhibition.” 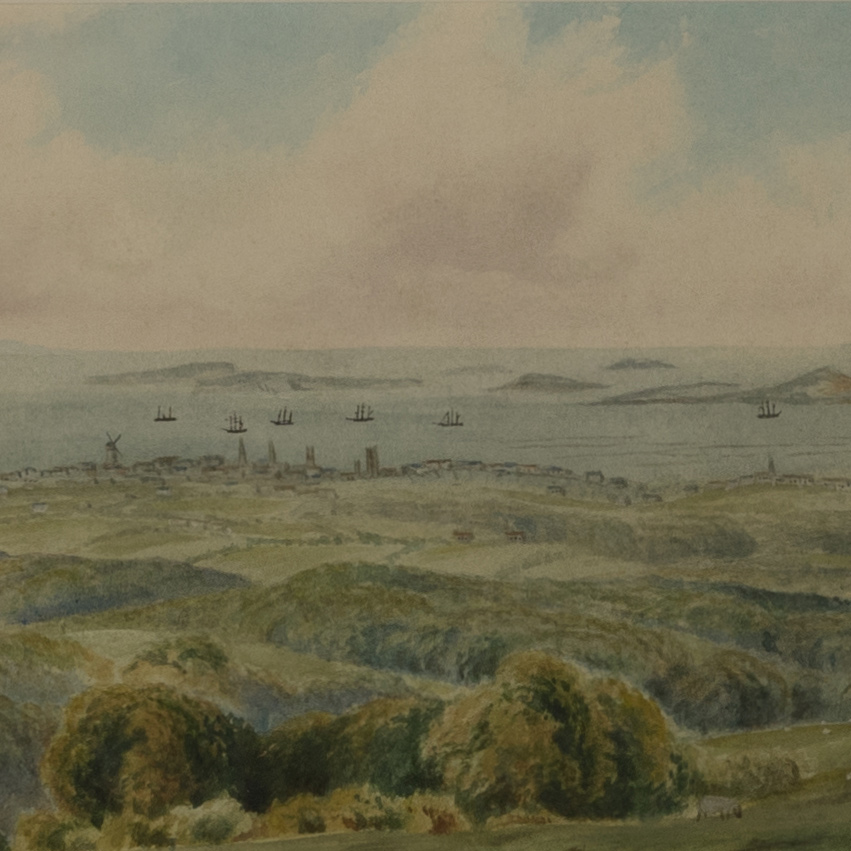 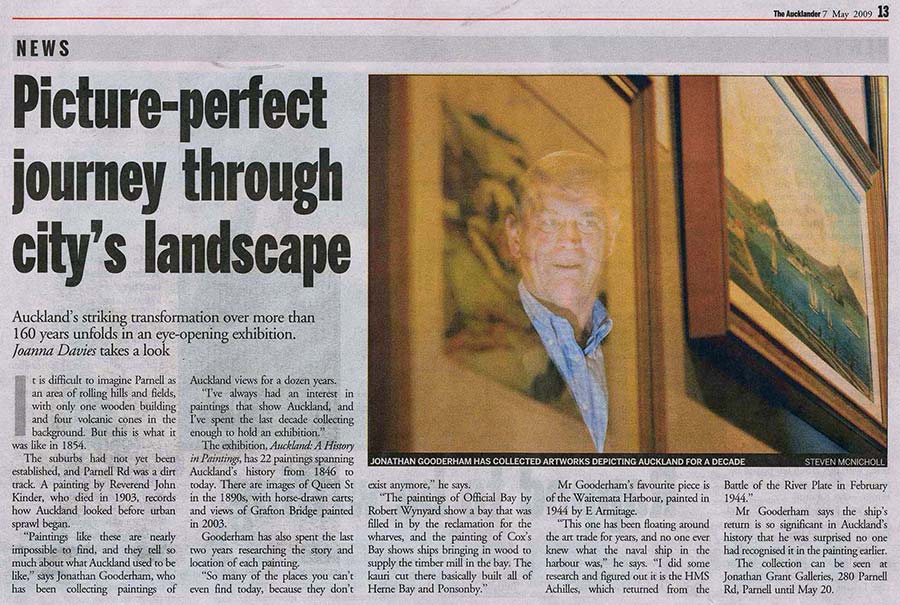