A unique collection of original watercolours, limited editions & dry point engravings. The limited editions, purchased directly from the Sir William Russell Flint Gallery, Bristol, are being exhibited for the first time in 22 years.

Sir William Russell Flint RA. (1880 – 1969) was an enigmatic British artist who was lauded as one of the greatest watercolour painters of the twentieth century.

From the outset of his career Flint’s work won immediate favour, and exhibiting institutions were quick to give him official recognition. Flint regarded himself ‘first and foremost a landscape painter’ and critics of the time considered him ‘one of the few Academicians who remained faithful to the classical past’. However, it was the artist’s depiction of beautiful young women that garnered him enormous popularity. Flint’s most iconic subject was Cecilia Green, the 22-year-old exotic beauty, who over the course of fifteen years became the artist’s trusted confidant and muse.

The popularity of Russell Flint’s proofs and limited editions, published since his death in 1969, has made the artist a household name. Far less known was his masterly skill in the art of etching, or to be more precise in dry-point engraving. The great scarcity of these prints produced entirely from start to finish by hand, restricts their collection to a few knowledgeable, discerning connoisseurs.

Russell Flint’s works are highly sought after and the publication of limited edition prints not only fed the ever-growing demand for his work, but also cemented his reputation as an iconic twentieth century artist. 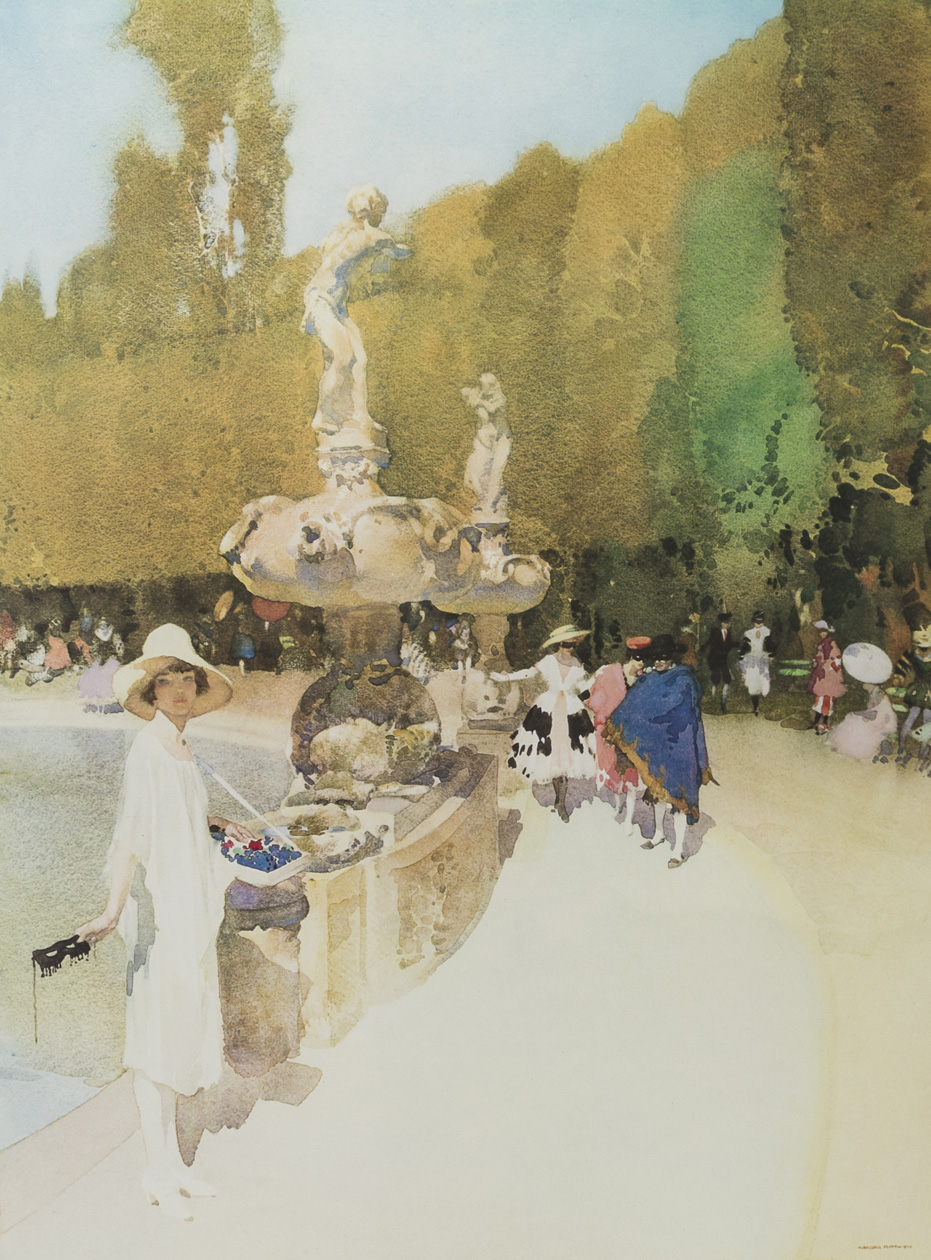