Remembering the Fallen in Arras, France

A memorial sculpture by ARTIS Gallery artist Marian Fountain was unveiled this month at the Carrière Wellington, Arras during the Centennial ceremony to commemorate the men from many nations implicated in the Battle of Arras in 1917.

Commissioned by the NZ Lottery Grants Board and the City of Arras, The Earth Remembers is dedicated to the memory of the New Zealand Tunnelling Company for their work in the underground quarries of Arras during the First World War.

With the Lottery Grant providing $181,000 towards this monument, New Zealand also recognises Arras’s contribution to the memory of the New Zealand troops, not only because local people have lived surrounded by the carefully tended graves, but also thanks to the museum — visitors descend in a lift to ‘Wellington’ as the tunnellers oriented themselves in the quarries with names of New Zealand towns.

The Earth Remembers evokes one of the thousands of tombs found in grassed cemeteries in the area. Raised from the earth as though it has been lifted out of the soil of France, the sculpture bears the memory of worldwide trauma. It is a piece of land representing one New Zealand soldier in his lemon-squeezer hat, like a triumphal arch but on human scale which is more true to the reality: each man gave his life for what amounted to a small piece of land. 300,000 men were lost in the conflict.

Visitors to the museum are invited to place themselves in the ‘dug out’ shape of the man, a symbolic tunnel, pausing to reflect on the tunnellers with the help of excerpts from their letters and depictions of the men. At the top of the monument there is an exit oriented towards the rising sun to evoke the departure of the 24,000 soldiers at dawn on April 9th, 1917.

To view videos of the unveiling ceremony & to find out more, visit marianfountain.com 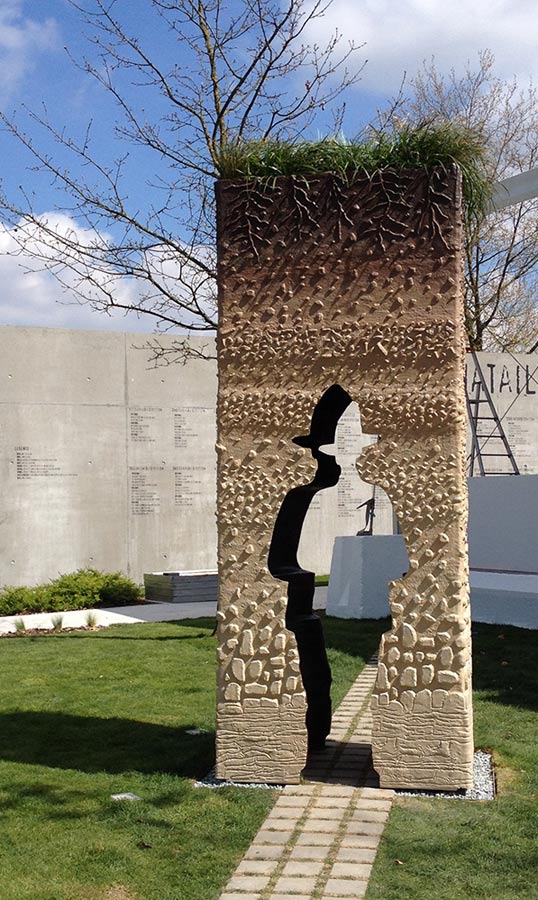